On 30 September 2022, the science popularization activity kicked off with the theme on Exploring the Colourful World of Marine Life. It was co-sponsored by the College of Ocean and Earth Sciences of XMU, the Xiamen University Center for Aesthetic and General Education, and the Chinese Society for Oceanography, and was co-organized by the Museum of Marine Science and Technology of XMU and the Youth League Committee of the College of Ocean and Earth Sciences. The event was held both online and onsite, with the First Experimental Primary School of Xiamen Xiang'an District as the main venue and more than 2,000 students from 13 primary and secondary schools across the country participating online. 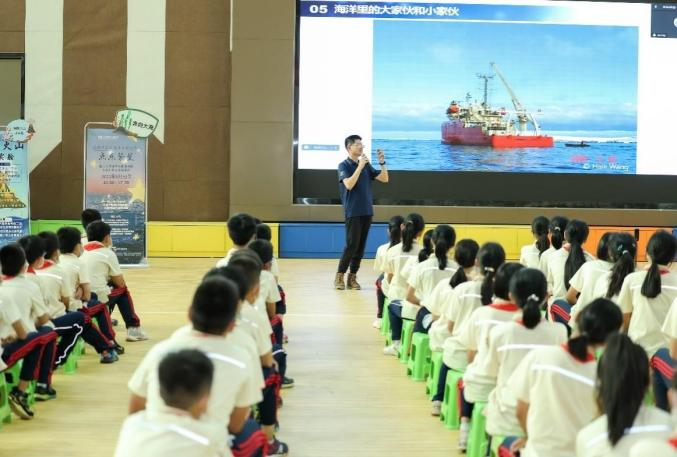 At the invitation of the Museum of Marine Science and Technology, Yang Weidi, Senior Engineer from the Department of Marine Biological Science and Technology, gave a vivid lecture on the forms, species and collecting methods of marine zooplankton, showing the students a magical world of zooplankton in all aspects. After that, the students took part in various marine science activities. By experiencing diving VR, observing zooplankton specimens and simulation experiments of submarine volcanic eruption, they entered a magical underwater world, which inspires their curiosity and love for the sea.