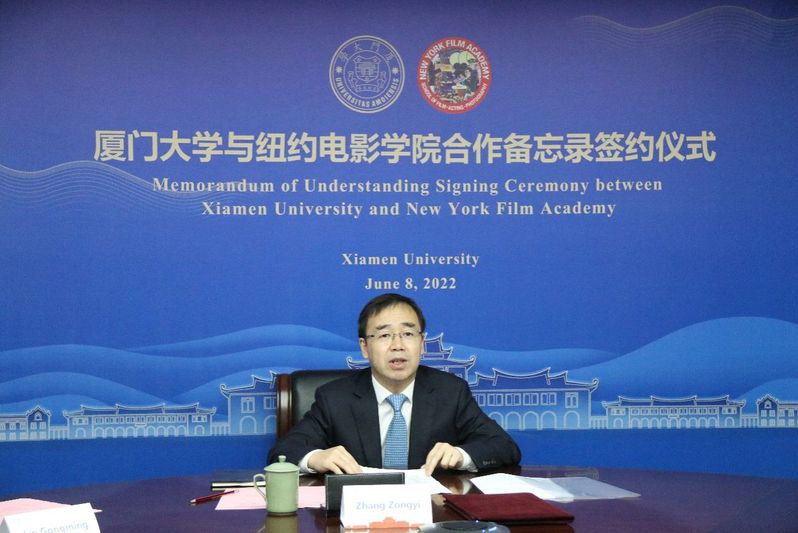 President Zhang presented the history of XMU and its establishment of the School of Film and promotion of film industry development. He said XMU prioritizes the role of film industry in the future economic and social development as it provides good environment and social resources in the training of film professionals and cooperation between industry, academia, and research. The agreement contributes to promoting international exchanges and cooperation for the university's development in the next century. The two institutions have a wide space and great potential for cooperation. He hoped both sides would further explore their respective advantages to jointly create international cooperation projects and communication platforms. 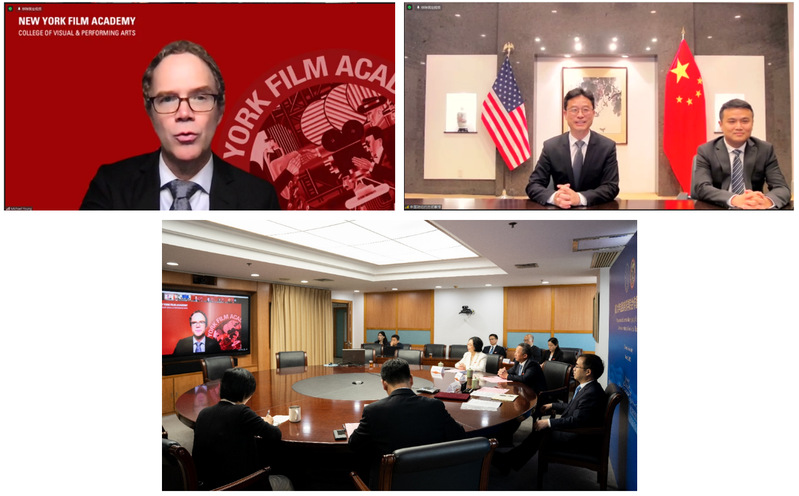 President Michael Young introduced NYFA in terms of curriculum teaching, practical training, exchange, and cooperation with Chinese universities. He believed the signing of the memorandum of cooperation between the two institutions was an important milestone in promoting the internationalization of higher education, providing more opportunities for Chinese students to study and practice, and enhancing mutual trust and understanding between the Chinese and American people. He sincerely hopes the two sides would continue to expand cooperation and achieve win-win development.

New York Film Academy (NYFA) is a private film school and acting school based in New York City, Los Angeles, and Miami. Founded in 1992 by Jerry Sherlock, a former film, television and theatre producer, the school has 400 employees and over 5,000 students per year.