On the evening of 4 January, the 2022 New Year Concert of Xiamen University, co-performed by Xiamen University and Xiamen Philharmonic Orchestra, was staged at the Banlam Grand Theater. The concert attracted nearly a thousand audiences, among which include government officials, staff from companies, media, and guests of the XMU Alumni Association. The online channel also attracted thousands of viewers. The concert was jointly organized by the Publicity Department of the XMU Committee of CPC, XMU’s Center for Aesthetic and General Education and College of Arts. 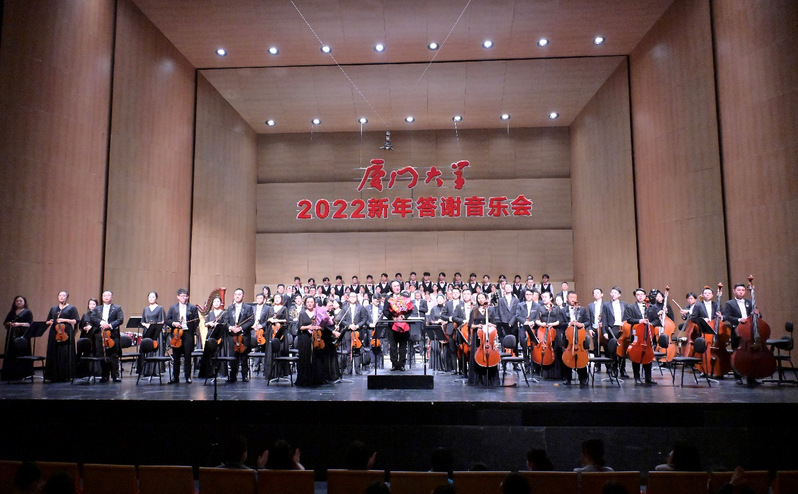 The concert featured many classics, including Tan Kah Kee and the Dream of Ocean. The concert reached a climax with the XMU’s anthem.

The concert will be staged again in Zhangzhou.