The Ceremony of the 11th Fujian Friendship Award was held on 21 December. Professor Augustin F.C. Holl from School of Sociology and Anthropology was awarded the 11th Fujian Friendship Award. Chen Qiuli, Director of the Fujian Provincial Sci-tech Department, Yang Bin, Vice President of XMU, representatives of faculties and students attended the event. Guo Juliang, Head of the Fujian Administration of Foreign Experts hosted the ceremony and Chen Qiuli presented the medal and certificate to Professor Holl. 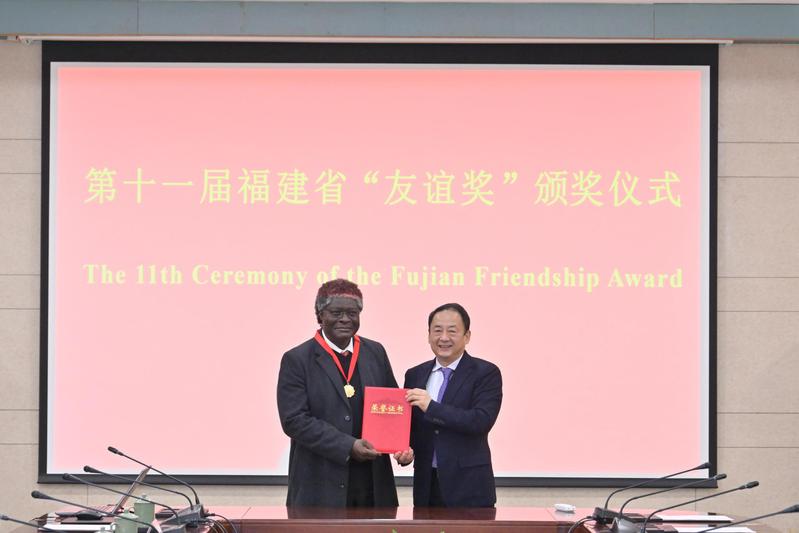 Professor Holl said that it was a great honor to be awarded and he was grateful for the support both form the university and the School. He would devote himself to teaching and research with passion, reaffirming his commitment to strengthening the academic cooperation and cultural communication between China and Africa.

Yang Bin congratulated Professor Holl and pointed out that in his letter congratulating the centenary of XMU, President Xi Jinping highlighted XMU’s international education and its contribution of promoting Chinese culture across the world. Yang said that XMU would continue to attract more international talents and work hard to establish ourself as a world-class university.