William Brown, 65, sharing his experience in China, delivered a new and lively lesson entitled The Enlightenment of China's reform and opening-up to the world to his students in the university's school of Marxism.

China is a miracle, said Brown, who has lived in the country for more than three decades. He said living in the country is a happy experience for him and he hoped he can visit the country again 20 years later.

Brown has received the Nanqiang Outstanding Contribution Award bestowed by the university two years ago.

Brown was the first foreign teacher as well as the youngest person to receive the honor since the university began offering the award in 2013. 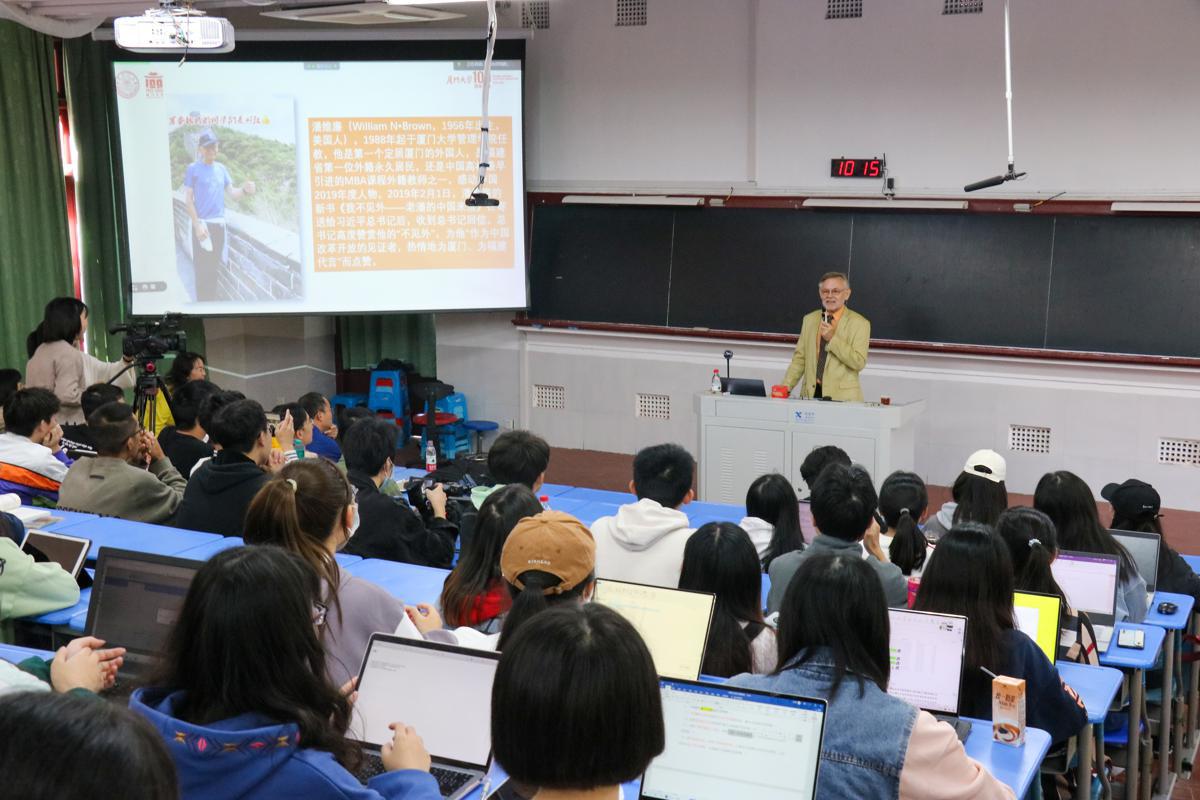 William Brown gives a special ideological and political lesson to students at Xiamen University in the coastal city of Xiamen, Fujian province, on Nov 12. [Photo by Mao Minqian/for chinadaily.com.cn]