On 4 October 2021, the World Health Organization (WHO) announced on the official website that Cecolin®, the first Chinese Human Papillomavirus (HPV) vaccine developed by Xiamen University and Xiamen Innovax Biotech CO., LTD. under the YangShengTang Group, got WHO Prequalification (PQ). This is the first China-developed anti-cervical-cancer vaccine that has obtained PQ, and is also the first anti-cervical-cancer vaccine whose proprietary intellectual property right is wholly owned by a developing country.

WHO Prequalification (PQ), is a set of procedures created in 2001 to evaluate anti-AIDS drugs, antimalarial drugs and antituberculosis drugs. Then the ranges and drug types that PQ evaluates expand to cover products like reproductive health drugs, influenza drugs, anti-virus medicine, API and RDT. Medical product can be added into the list of UN public bulk procurement only after it gets PQ. Purchasers include the United Nations Children's Fund, the Global Fund to Fight AIDS, Tuberculosis and Malaria, the World Bank and the Asian Development Bank.

Cecolin is characterized by safety, effectiveness, low cost and high output. Its efficacy rate against precancerous lesion of cervical cancer reaches 100% and its crucial protection data of clinical infection and viral infection are higher than or equivalent to two foreign vaccines. It is also the only anti-cervical-cancer vaccine in China that gets approved to vaccinate women between 9-14 with only two doses. Cecolin’s way to PQ is accompanied by supports from international organizations like WHO, Bill & Melinda Gates Foundation and PATH. The acquisition of PQ will help Cecolin benefit the globe, especially the females in developing countries, accelerating the realization of the Global Strategy to Accelerate the Elimination of Cervical Cancer as a Public Health Problem undertaken by 194 countries. This is a significant step by XMU to protect more females from cervical cancer and safeguard global health.

XMU has a solid foundation for and is highly competent in developing HPV vaccines. The first-version HPV vaccine (bivalent) developed from 2002 has hit the market in December, 2019. As the first self-developed HPV vaccine, it makes China the third country in the world that is capable of independently supplying HPV vaccines after the US and the UK. The second-version HPV (9-valent) is now on phase III clinical trials. XMU is now working on the world’s first third-generation HPV vaccine (20-valent) and has made crucial technical breakthroughs. On 6 September 2019, XMU signed an agreement with GSK, a global vaccine company, on global collaboration to tap into XMU’s vaccine antigen technology and GSK’s adjuvant technology in order to develop new version of HPV vaccine that complies with quality standards of China, Europe, the US and WHO. This marks Chinese vaccine has won international acceptance. 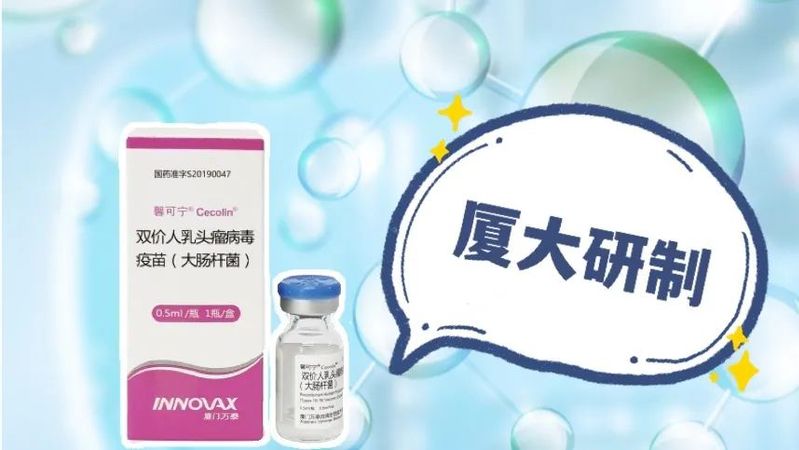