The inauguration and summit forum of the XMU Center for Comparative Literature and Transcultural Studies (CLTS) took place on September 26 at the XMU Science and Art Center. The events brought together renowned scholars from universities and research institutes around the world, as well as the editors-in-chief of prestigious Chinese scholarly journals. 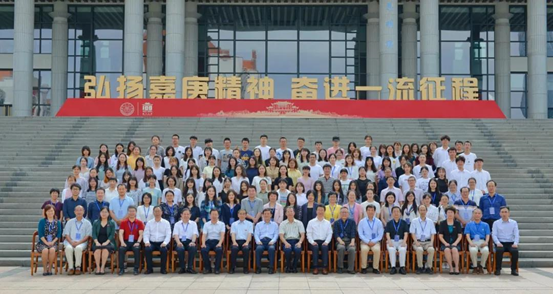 Zhang Longxi, chair professor of comparative literature and translation at the City University of Hong Kong; Chen Zhongyi, member of the Academic Council of the Chinese Academy of Social Sciences (CASS); and Yuan Hexiang, professor of Xinya College at Tsinghua University, attended the events by video link.

In his speech, Lai Hongkai, XMU deputy Party secretary, stated that humanities are not only an important embodiment of not only a nation’s soft power but also the level of its civilization; they are also the foundation of the the progress of human civilization and substantial spiritual wealth. General Secretary Xi Jinping once pointed out, “Civilizations are colorful because of exchanges, and civilizations are enriched because of mutual learning.” He has also stressed, on may occasions, the importance of civilizational and cultural exchanges. CLTS is committed to carrying on XMU’s tradition in “studying profound knowledge, cultivating specialized talent, and promoting world culture”. Riding the tide of historic development, CLTS is poised to become a brand-new academic platform for promoting multicultural dialogue, advancing civilizational exchanges and mutual learning, and communicating the hearts and minds of the people. Mr. Lai wished the event a complete success, and expressed his hope that CLTS will take this opportunity to make continuous efforts to build humanities and social science programs with “Chinese characteristics, Xiamen style, and world-class standards”. He stated that he is confident that CLTS will make positive contributions to the building of a Community with a Shared Future for Mankind. 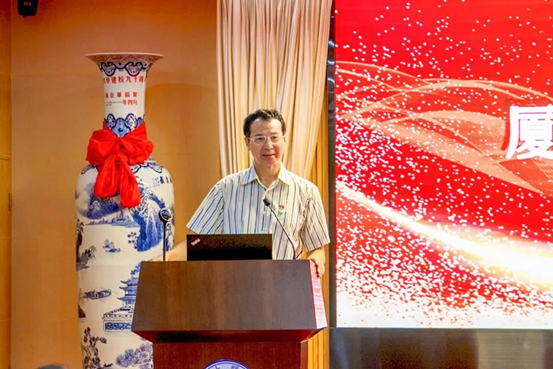 Professors Lu Jiande, Jiang Hongxin, Zha Mingjian and Chen Jing also spoke at the inauguration ceremony. Prof. Lu Jiande said that Xiamen University has been a place for cultural exchanges since its inception, and that the establishment of CLTS would have been possible without the support of the scholarly community at large. He stressed that the opening of CLTS means the start of a mission – to make meaningful contributions to comparative literature and transcultural studies in China.

Prof. Jiang Hongxin first expressed his heartfelt congratulations on the establishment of CLTS, saying that the world today is in flux not seen in a century. He stated that the establishment of CLTS is a response to the call of the era and to the demands of scholarship. He expressed his confidence that CLTS will become a leading center of scholarship in the relevant field.

In his speech, Prof. Zha Mingjian pointed out that comparative literature and transcultural studies represent one of the five new directions of the development of foreign language disciplines. He stressed that foreign language education should go beyond the language level and focuses on enhancing students’ humanistic perspective and cultivation, so that they can take on the task of facilitating cultural exchanges between China and the rest of the world.

Prof. Chen Jing briefly introduced the development of foreign languages in Xiamen University and the background of the establishment of CLTS. She said that she was confident that CLTS will become a dynamic and vibrant academic platform for scholars from around the world to exchange views and ideas. 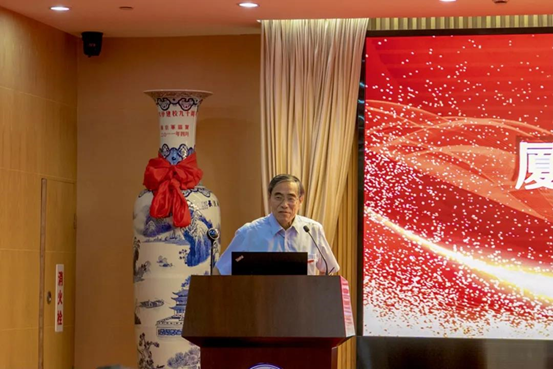 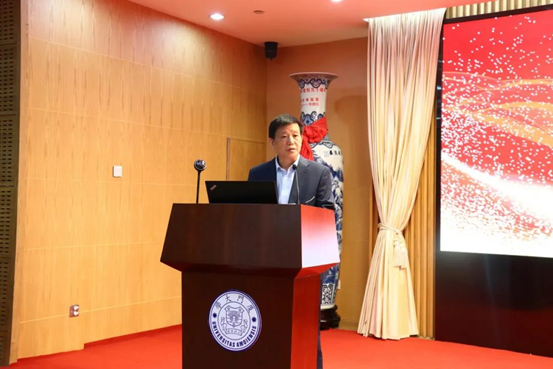 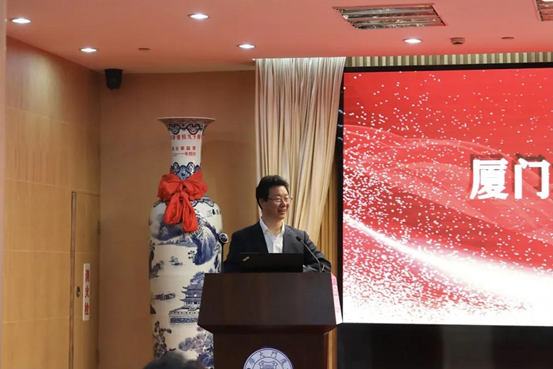 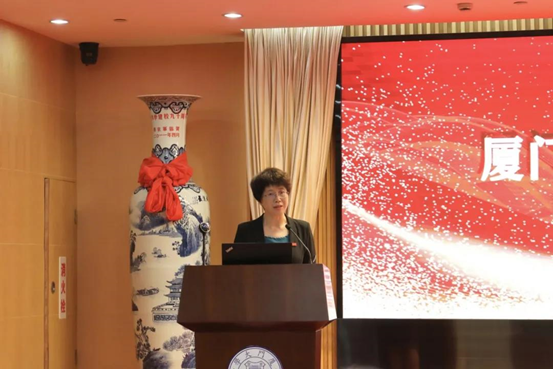 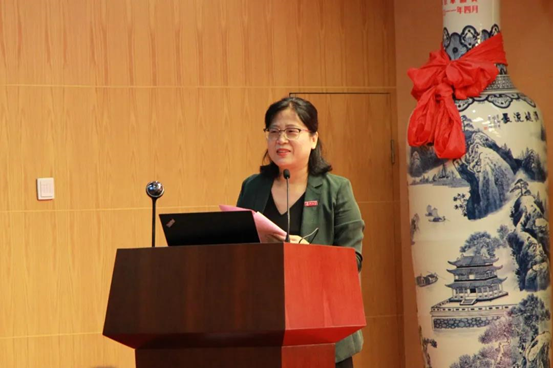 Professors Zhang Longxi and Chen Zhongyi also spoke by video link. Prof. Zhang congratulated CFLC on the opening of CLTS. He said that given the current global situation, the importance of comparative literature and transcultural studies is self-evident, and that there are both opportunities and challenges for CLTS. He expressed his hopes that scholars will not only strengthen their cultural self-confidence in their scholarship pursuits, but also make great contributions to Chinese and international academia with an open mind and a great sense of inclusiveness.

In his remarks, Prof. Chen Zhongyi also congratulated CFLC on the opening of CLTS and stated that interconnectedness among nations has come to define world literature today, which explains why comparative literature and transcultural studies have emerged as one of the five major directions for the development of foreign language disciplines. He also expressed his confidence that under the leadership of Prof. Lu Jiande, CLTS, will produce high-quality research and play a significant role in academic development. 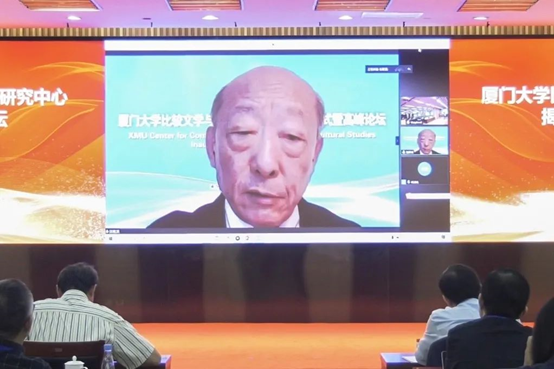 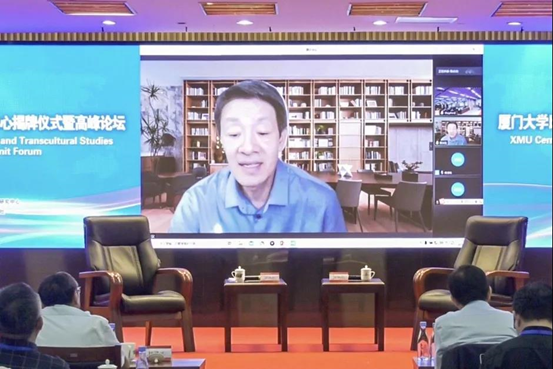 The speeches were followed by an unveiling ceremony for the new center. The opening of the CLTS marks a significant initiative in the development of foreign language programs at Xiamen University. 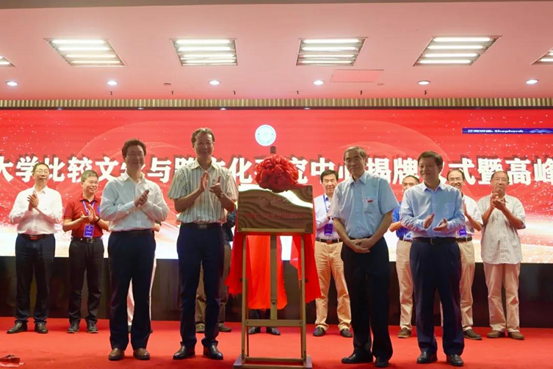 In order to further deepen academic exchanges and promote multi-dimensional integration of academic disciplines, CLTS invited four experts, Jiang Hongxin, Zha Mingjian, GE Guilu and Yuan Hexiang, to give keynote speeches on four topics: “Choice of Moral Criticism: Eliot and Babbitt”, “On the relationship between Comparative Literature and Transcultural Studies”, “Overseas Sinological Studies: Literature Cataloguing, Problem Orientation and Discourse Construction”, and “Image of the Other: A Problem in Chinese and Western Comparative Literature”. The keynote speeches were followed by a summit forum on the frontiers of comparative literature and transcultural studies. 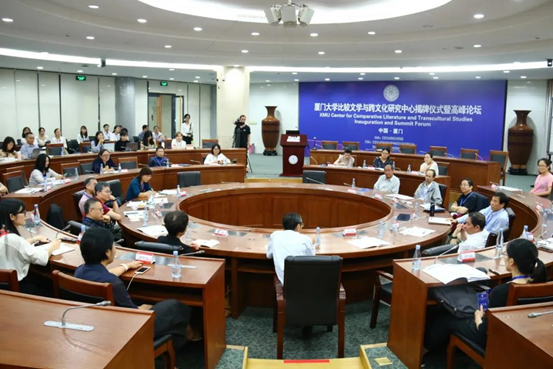 Xiamen University was one of the first higher-education institutions in China to establish a center for comparative literature and transcultural studies. Comparative literature is an academic field dealing with the study of literature and cultural expression across linguistic, national, geographic and disciplinary boundaries. Transcultural Studies at the HSG explores contemporary cultural and social transformations, configurations and negotiations in an ethnographic, comparative and genealogical perspective.

CLTS director Lu Jiande said, “Modern Chinese literature was born and developed with a sense of comparison, and we should inherit the open spirit of our predecessors, like Lu Xun, and do some down-to-earth work.”

CLTS is committed to exploring ways to promote mutual learning among different civilizations under new challenges, and shoulder the historic mission of civilizational exchanges and cooperation with a global vision and a global mindset. The ultimate objective is to realize the vision of “great harmony in the world” from comparative and transcultural perspectives.