On June 20, the newly established Center for Comparative Literature and Transcultural Studies, a research institute affiliated with XMU College of Foreign Languages and Cultures (CFLC), kicked off the first installment of its “Harmony in Diversity” lecture series both online and offline. 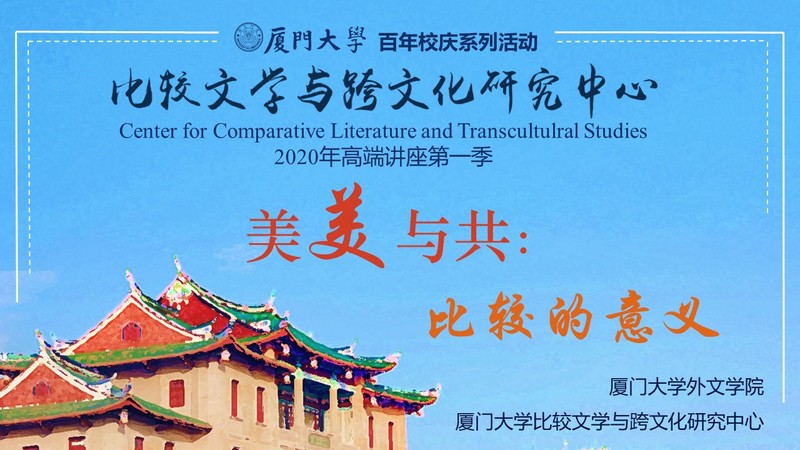 The inauguration ceremony for the lecture series was presided over by CFLC Dean Chen Jing. In the address, she called on the aspiring researchers at the Center to explore ways for foreign language programs to contribute to the communication and mutual learning of different civilizations. She stressed that the 21st century is characterized by openness, diversity and commitment to seeking common ground while reserving differences.

Chen stated that the Center would provide a platform for close interactions and intellectual encounters among scholars from around the world. She also expressed her appreciation to the participating scholars for their unwavering support for the Center. 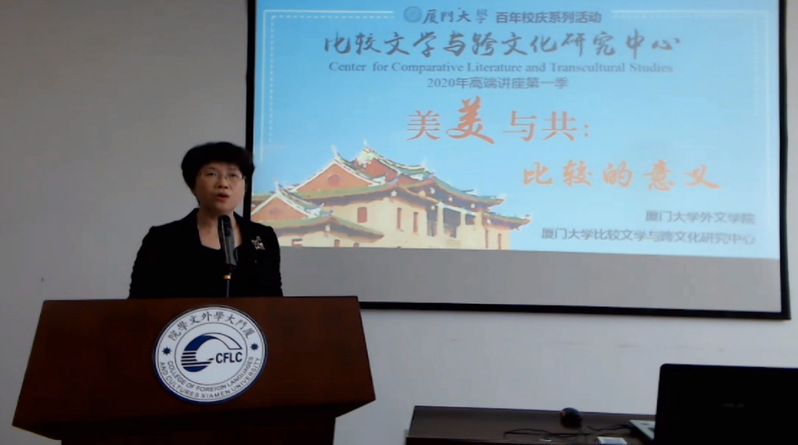 The first lecture in the series was presented by Zhang Longxi, honorary president of the International Comparative Literature Association and chair professor of the City University of Hong Kong, and was moderated by Lu Jiande, chair professor of CFLC. In the lecture, which was entitled “World Literature Awaiting Discovery”, Zhang offered his definition of “world literature” and explored the close relationship between literary classics, translation and world literature, as well as the opportunities and challenges from world literature.

The lecture was followed by a dialogue between Zhang and Lu. In the Q&A session, Zhang fielded quesioned posed by five researchers from the Center.

With its fresh perspective on world literature, the lecture proved to be a fascinating intellectual feast for the audience.