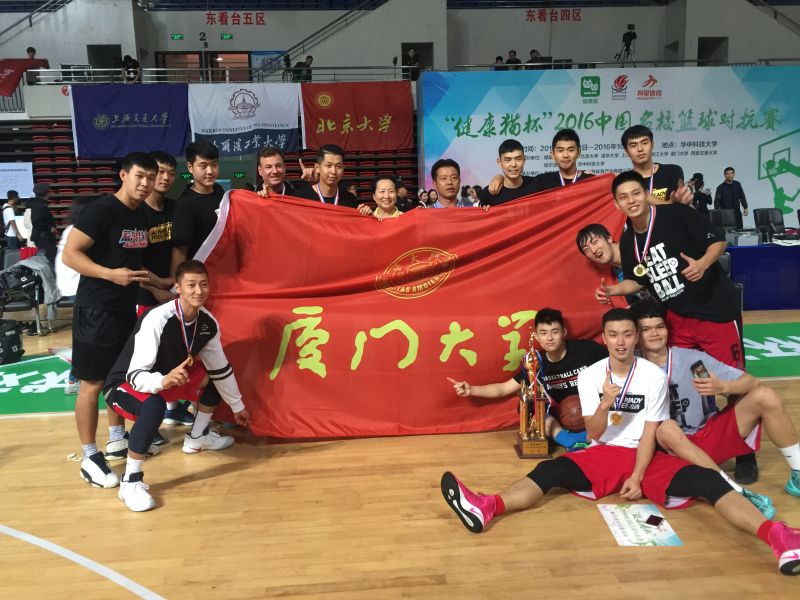 After five days' fierce competition, the men's basketball team of XMU made it a clean sweep and won the championship. In the final against the team of Peking University, it got a head start with fully-prepared mindset. It managed to lock the score at 89:82 and won the final in spite of the great pressure from the strong competitor. Moreover,  team member Guo Zhengyi was awarded the title of MVP, and Yuan Tangwen the assist leader.

It’s reported that the XMU versus PKU  Final will be broadcasted on CCTV5 at 22:58, Oct 8th. This event, pioneering the reform of Chinese universities' high-level sports teams, shall greatly boost the progress of sports activities.