Tina's One Day in XMU

Tina, an overseas student from the fascinating Poland, is now a second-year postgraduate majoring in International Trade in Wang Ya’nan Institute for Studies in Economics (WISE). Being greatly interested in traditional Chinese culture, she has learned about traditional Chinese figures such as Confucius and Lao Tze during her undergraduate study. Out of the curiosity, and due to the strength in economic study, she decided to come to China, and come to Xiamen University (XMU) for her further study. Now, let's see how Tina's one day in XMU. 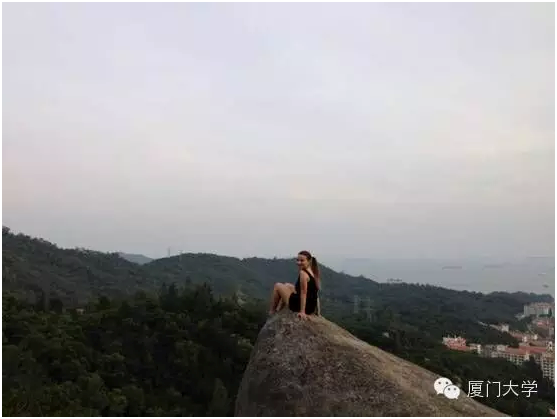 During last semester, since Tina was still a beginner on International Trade major, she often stayed up very late to study so as to catch up with other. Hard work shall pay off. Her final grades ranked Top 3 in the class. "We all know that Chinese students are very diligent, but so are the overseas students," Tina explains.

In this semester, Tina only has three courses a week, which are totally taught in English and would not be a difficulty for her. Hence, she also attends seminars regularly to pursue the academic perfection. 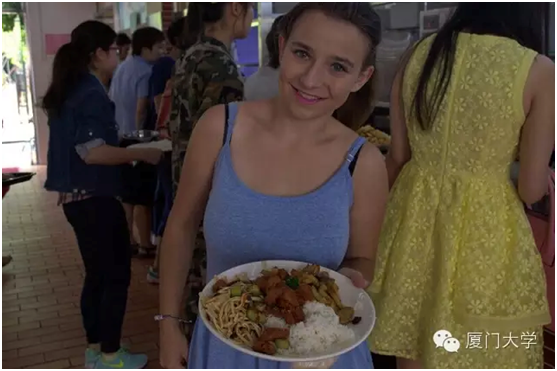 After class, Tina arrives at Nan'guang Canteen at about 11 o'clock to avoid the peak mealtimes. "Qiezi (eggplant), and Gulao Rou(sweet and sour pork)," she orders the dishes in exceptionally fluent Chinese. Then, she buys a steamed bun and a bottle of green tea. "I love green tea and milk tea. And steamed buns, of course," Tina says. She's used to Chinese cuisine now, and adores local snacks such as peanut soup, cold noodles, Shacha Noodles, etc. "I'll try Shaxian snacks next time," Tina says. In addition, Tina is a real master at using chopsticks; she thinks they are quite convenient because people can spare the other hand to use handkerchiefs or to fetch drinks. 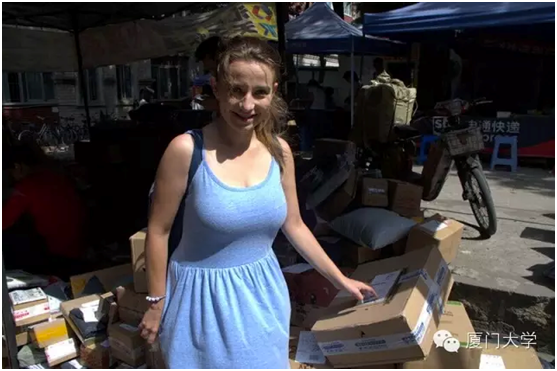 While passing by the express delivery service stations, Tina tells us that online shopping is also very popular among overseas students, and she often buys clothes on Taobao too.Tina explains: "Some clothes are really extraordinary." She also feels very excited about the oncoming Double Eleventh (the Single Day in Chinese)-- the sharp online discount period around November 11th.

Next, Tina cycles to Ea Cafe for self-study. She says that she often rides with her friends to enjoy the pure joy of sports. Compared with the library or study rooms, coffee shops are Tina's preferable study locations due to the atmosphere there. To find the perfect coffee, Tina and her friends have nearly tried all the shops available in this university. "I' a frequenter of this shop for its caramel latte and cappuccino." 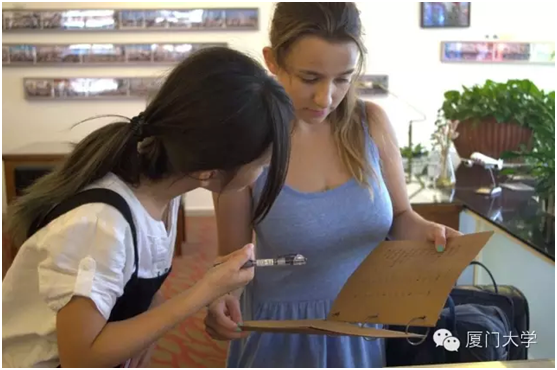 She plans to study Chinese this afternoon. Actually, she has a tutor who teaches her once a week, but she thinks the progress is a little bit slow, so she often teaches herself based on the textbook. In her opinion, the tones and characters of Chinese are especially difficult for foreigners. Sometimes, she also goes to the Chinese Corner to practice her Chinese with other overseas students from all over the world. 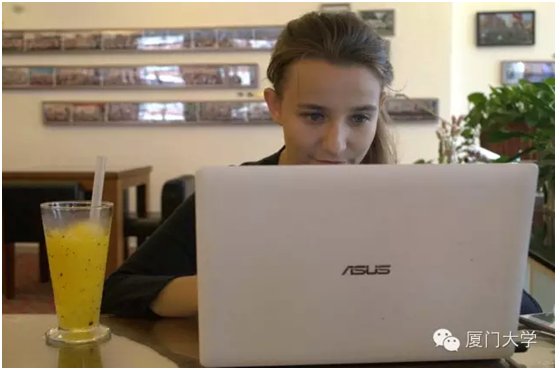 "I can learn different values through exchanges with students from various countries." Tina shyly smiled, "My Chinese is not that good, so I often talk with my friends in English." Later, she shows me her study notes, including Chinese sentences, phonetic symbols and even English footnotes. Now she can use pinyin very well.

In the evening, Tina goes to visit her Chinese friend, "I don’t communicate a lot with the Chinese students in class, so I only have a few Chinese friends." Every Friday night, she goes to Shangxian Playground for the physical training organized by the Dragon Boat Team. She is very interested in this Chinese tradition, so she has joined in the team this semester. "The dragon boat embodies the unique Chinese characteristics, and I find it appealing." During the conversation with Tina, I can feel how deep she loves this activity. Besides, she has also made some friends in the team. 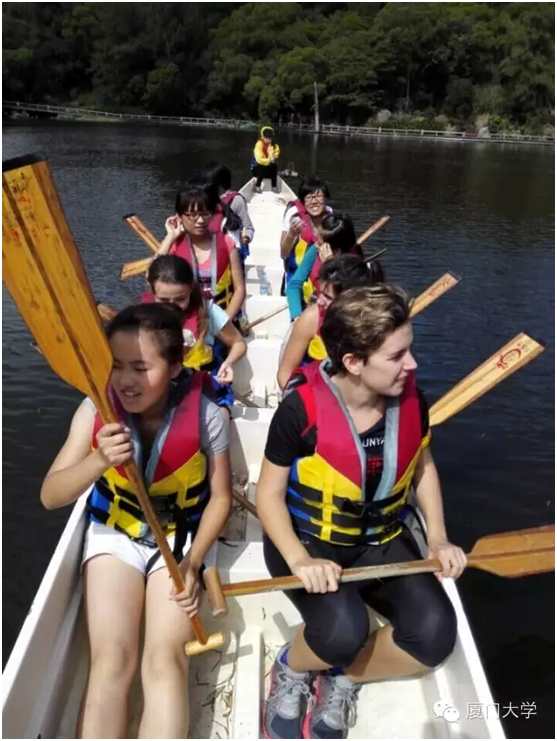 She also likes local food. After class, she often explores various kinds of Xiamen food. She says overseas students are willing to make friends with Chinese students because Chinese students are very nice and friendly. Although being far away from home sometimes makes her feel lonely and hard, she says, the internet has made everything a lot easier, especially things like the social app Wechat and e-payment app Alipay. 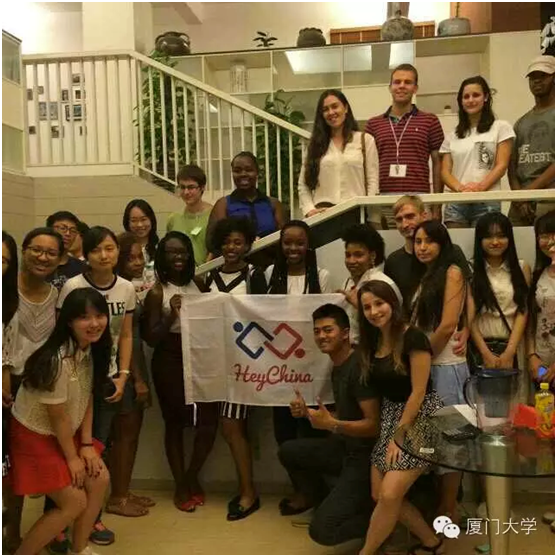 It’s been more than a year since Tina came here and she is very happy about her choice. "After visiting the university, my Polish friends said they would definitely choose to study here if given them the chance. It is very worthwhile for me to study in such a beautiful and comfortable environment. I'm really happy here." Tina and other overseas students have jointly established the International Trade and Entrepreneurship Club, which acts as a communication platform for Chinese students and foreign students, and they are looking forward to more Chinese participants.

Next year Tina will graduate from WISE. Till now, she hasn't decided on whether to stay in China or not. Either way, we sincerely hope that all the overseas students can have a  unforgettable and memorable time in Xiamen University.