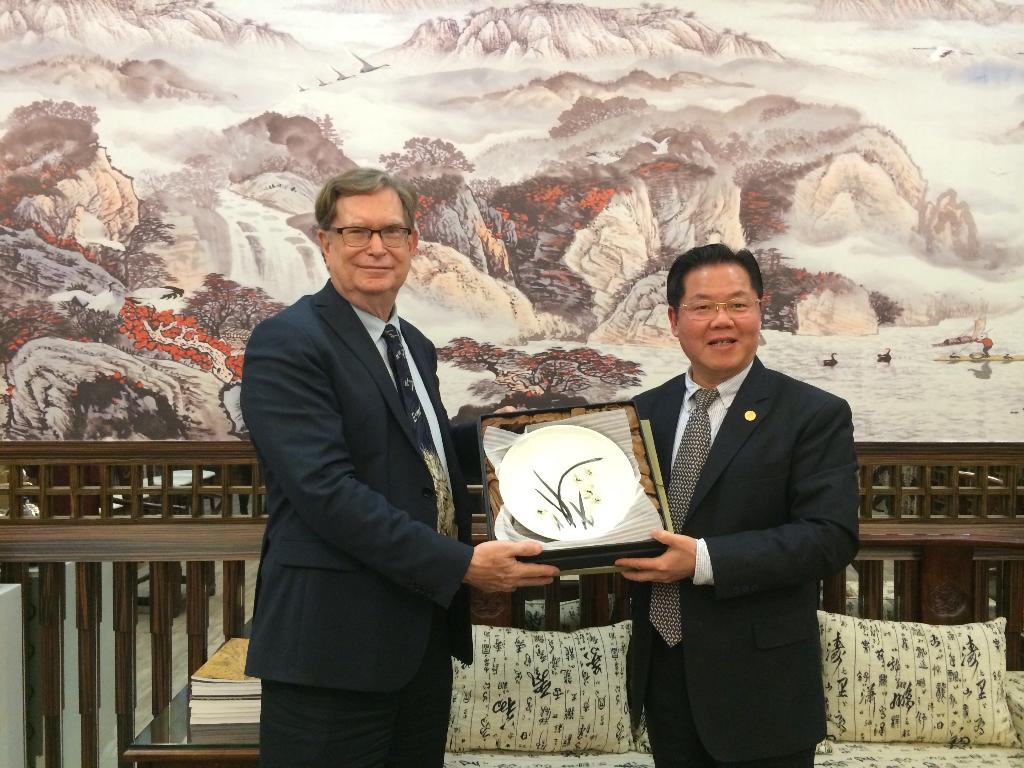 Professor Smoot, using a lot of pictures sent back from the satellites COBE, WMAP and PLANCK as well as video, explained the reason for the study of cosmic microwave background radiation (CMB) and the principles and tools for measuring CMB, presenting the formation and change of the universe in terms of models. His vivid presentation effectively led the audience to understandthe abstract concept of physics. 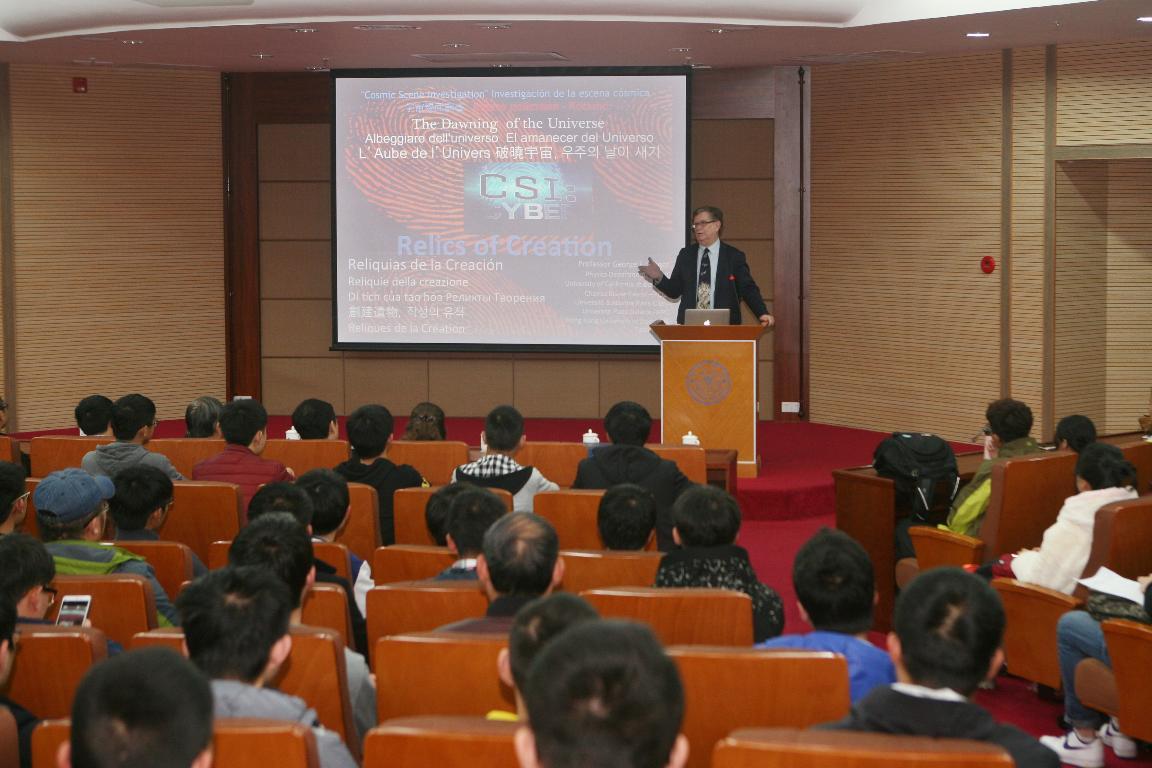 George Fitzgerald Smoot III (born February 20, 1945) is anAmerican astrophysicist, cosmologist. He won the Nobel Prize in Physicsin 2006 for his work on the Cosmic Background Explorer with John C. Matherthat led to the "discovery of the black body form and anisotropy of thecosmic microwave background radiation". This work helped further the Big Bang theory of the universe using the Cosmic Background Explorer (COBE) satellite. According to the Nobel Prize committee, "the COBE project can also be regarded as the starting point forcosmologyas a precision science." Currently Smoot is a professor of physics at the University of California, Berkeley, senior scientist at the Lawrence Berkeley National Laboratory, and since 2010, a professor of physics at the Paris Diderot University, France. In 2003, he was awarded the Einstein Medal and the Oersted Medal in 2009.