Professor Jiao Nianzhi, from College of Ocean and Earth Sciences of Xiamen University, and Professor Xie Suyuan, from College of Chemistry and Chemical Engineering of Xiamen University, received the second prize on behalf of their teams for their respective projects from S&T Achievements Granted with National Natural Science Awards 2015, according to The State Science and Technology Awarding Meeting of the People's Republic of China, which was held in Beijing on 8 January 2015. Professor Jiao’s project is “Microbes in Carbon Storage and their Roles in the Climate Change”, and Professor Xie’s is “Synthesis of New Fullernenes”. 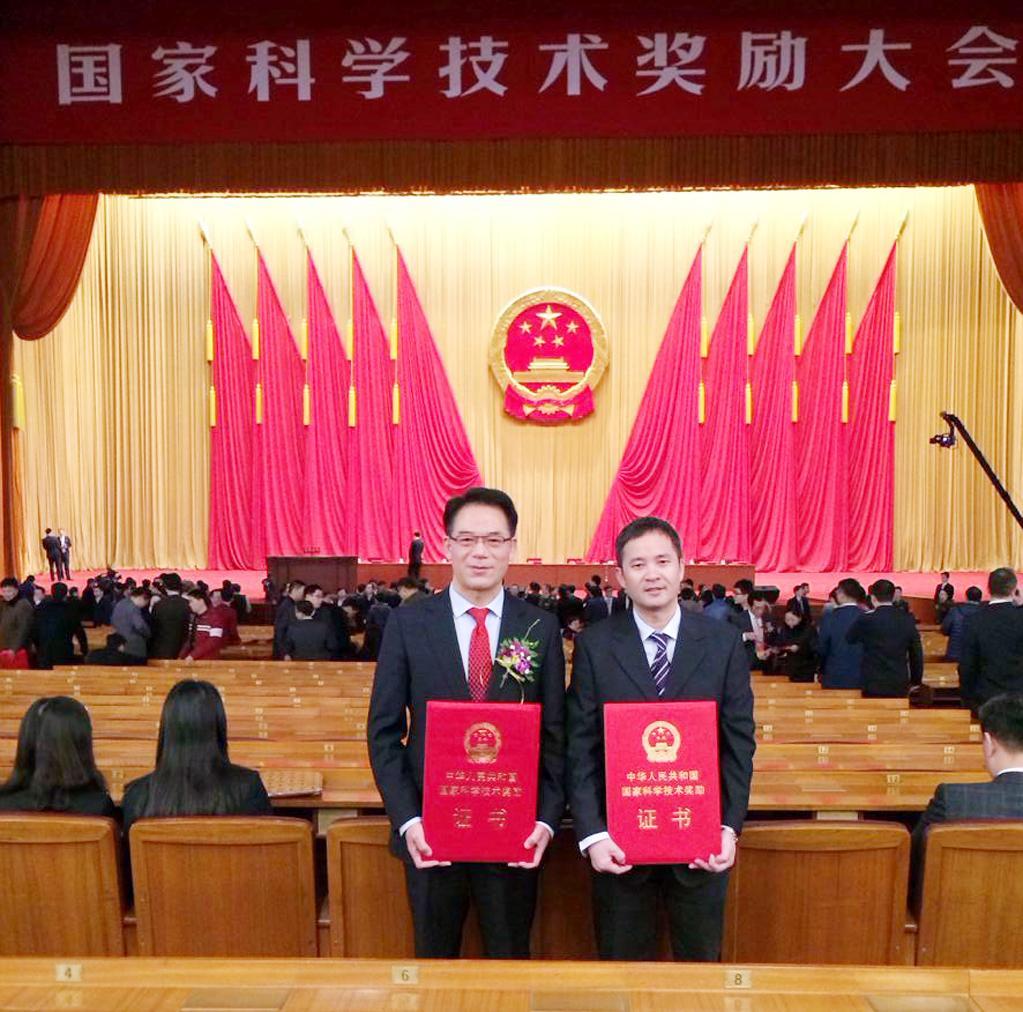 S&T Achievements Granted with National Natural Science Awards is an annual conference in China. Xiamen University has won five prizes during 2011-2015. Besides the two in 2015, the other three second prizes were won in 2013 by Professor Sun Shigang from College of Chemistry and Chemical Engineering, Professor Han Jiahuai, from School of Life Science, and Professor Wang Zhonglin, foreign academician of Chinese Academy of Sciences and his cooperator College of Chemistry and Chemical Engineering.