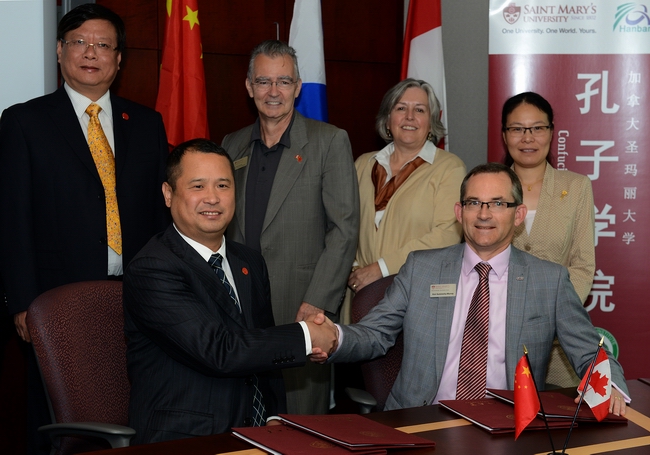 In her speech, Diana Whalen fully recognized the achievements that the Confucius Institute has made in the past five years, giving high opinion on the Institute’s efforts to assimilate into Halifax community, spread Chinese culture and language, and promote the mutual understanding of the peoples between the two countries.

Yang Xinyu said the Institute has established its reputation in the past five years by teaching Chinese courses in the local middle schools and primary schools, actively assimilating into the community, and serving the local people. At the ceremony, she read the congratulatory letter by Xu Lin, the director of Confucius Headquarters, in which Xu Lin expressed her recognition of the Institute’s contribution to the promotion of Chinese language and culture.

Dr. Robert Summerby-Murray appreciated the support from Xiamen University, as well as the staff, teachers and volunteers for their contribution to the development of the Institute. He said the Institute has played an important part in spreading Chinese language and culture. Its role as a bridge and a link has also been highlighted. He said that Saint Mary’s University-based Confucius Institute has become one of the multicultural symbols of Halifax. 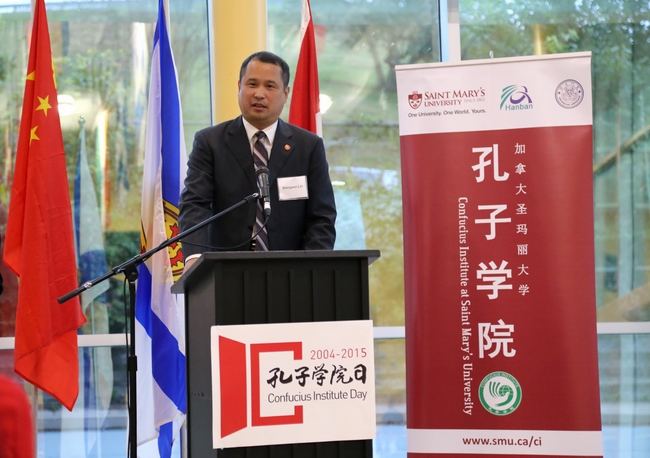 Lin Dongwei, the vice Party Secretary of Xiamen University, also recognized the achievements of the Institute in the past five years. He expressed his hope that both sides continue the cooperation and promote the development of the Institute to a new level, making more contribution to the cultural exchange of the two countries and to spread of Chinese culture.

Pan Wei, the vice dean of the institute, presented the achievements the Institute has made in the past five years.

After the ceremony, the student art ensemble of Xiamen University gave its performance, which includes folk dances, traditional Chinese musical instruments, Chinese martial art, etc. Halifax was the last stop of the performing tour, which covered 11 days and 30,000 kilometers, performing in Confucius Institutes located in San Diego, Tucson,. Phoenix, Las Cruces, Houston and Halifax. The tour has been reported by many media including Chinese News Agency, Xinhua News Agency, Huanghe TV, and Fox5.