Xiamen University robot team won the first prize and a prize for excellent adviser in the 14th Robocon Competition which was held in Zhoucheng City, Shandong Province from 19 to 21 June.The university also won the champion last year. 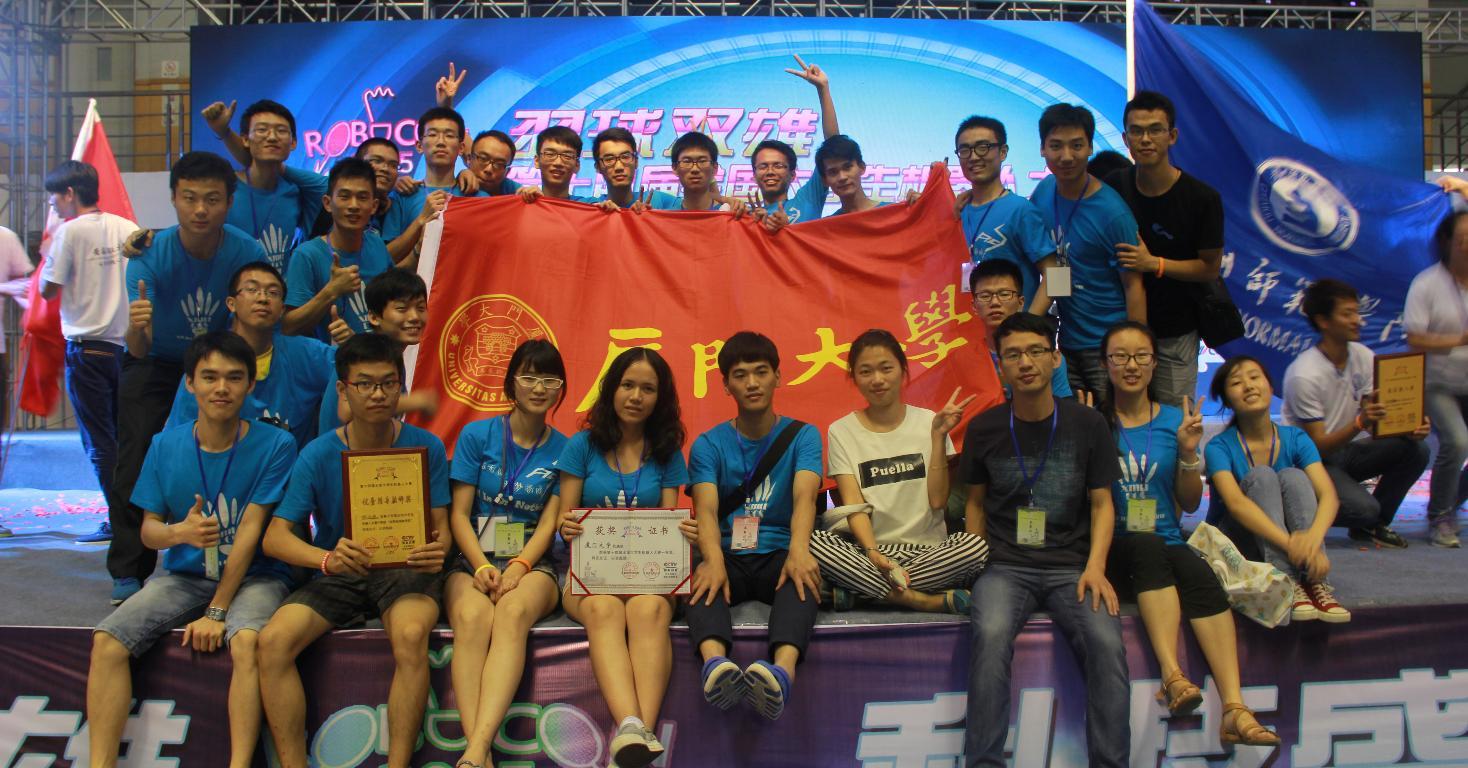 The subject of 2015 Robocon is “Badminton Heroes”, in which the participants are required to design two robots respectively taking the service and return, and play doubles in a formal court. The team which got 5 points first is the winner.

The competition, jointly hosted by Central Committee of Youth League,All-China Students' Federation, CCTV, Zhoucheng City government, Ministry of Education of People’s Republic of China, sponsored by China Adolescents Science and Technology Innovation Fund, has drawn more than 1000 participants from 36 top universities and institutes of China and become the focus of the top mass media, such as CCTV, www.people.com.cn, www.gmw.cn, CNTV.cn, and sina.com. IQIYI.com live broadcast the whole competition.