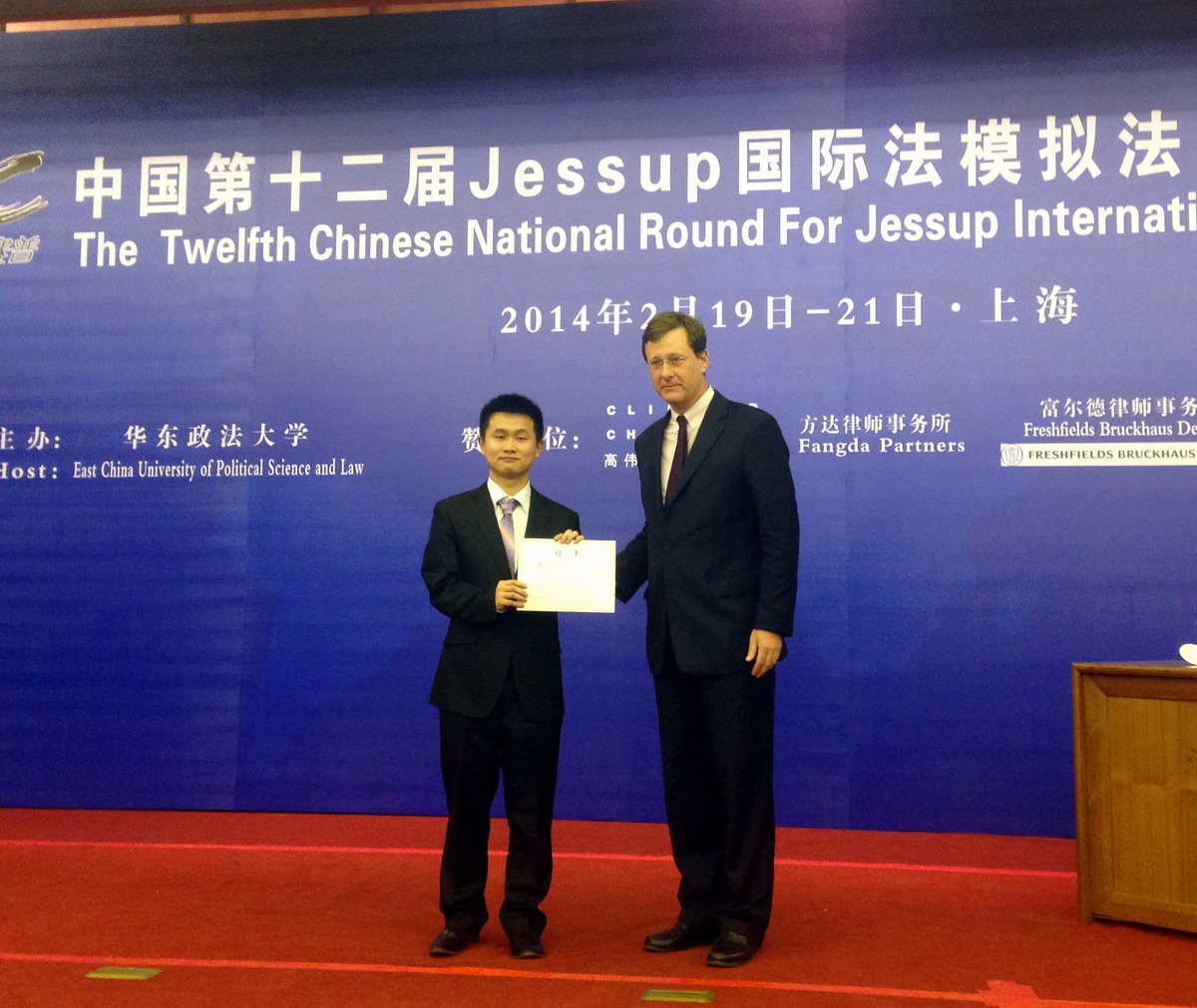 There is even more evidence of the excellence of the Xiamen University School of Law. In February, a team of students from the School of Law competed in a moot court competition. A “moot court” competition is a simulation of actual trials and these competitions are an integral part of every law school. The Law School at Xiamen entered the 12thChinese National Round for Jessup International Law Moot Court Competition, hosted by East China University of Political Science and Law. The competition lasted three days in Shanghai and forty teams did everything they could to win but only one, our XMU team claimed the Jessup International Law Moot Court Competition championship and the Best Memorial of the applicant side. Further, XMU team member Li Zongyao was honored as the Best Oralist.

These moot court contests are elaborate and fierce competitions. In the national competition, teams compete in four rounds, that is, preliminaries, quarter-finals, semi-finals and final. In this year’s preliminaries, the XMU team competed against delegations from University of International Business and Economics, Sichuan Normal University, Peking University School of Transnational Law and Yantai University, and made it through to the knockout stages with the second highest total points. In the quarter-finals and semi-finals, XMU beat Peking University and University of International Business and Economics respectively, and advanced to the final. The final showdown was between XMU and Renmin University of China. XMU team put in an excellent performance and was crowned champion, thus making a breakthrough for XMU in the Chinese National Round of the competition.

Every year, a Jessup problem (the case) will be produced by international law experts, which addresses the factual and legal consequences of a wide spectrum of legal issues ranging from statehood, sovereignty to international economic cooperation. The 2014 Jessup "problem" explores the conflict between maritime development and environmental sustainability, criminal jurisdiction and maritime salvage rights. Participating teams have to prepare oral and written pleadings arguing both the applicant and respondent positions of the case. A law school's performance in Jessup is also generally believed to be reflecting its achievements in international law education, as well as its students' overall English capacity and legal skills.

To train talents with global visions, XMU has all along paid special attention to top-level international academic competitions and also has encouraged and supported its students to participate in them. XMU students have achieved great success in both domestic and international competitions since their first appearance in the event in 2005. Till the end of 2013, the XMU team won six runner-ups and two third places in domestic competitions, and advanced to the international phase of the competitions in Washington D. C. for eight times. The team has brought home a total of five Best Memorial awards and one Best Oralist award, including the two memorial awards with the highest scores in 2006 and 2011, showing the best performance among Chinese universities in terms of memorial awards.