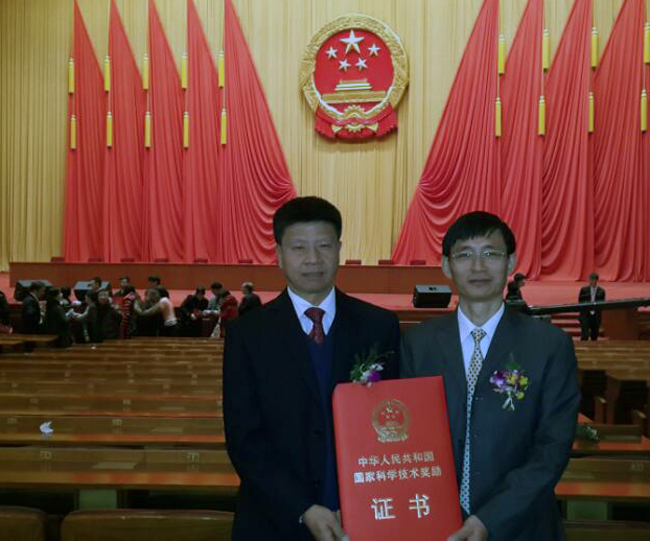 The achievements we made are in bioscience and physical chemistry: the research group led by Prof. Han Jiahuai, academician of Chinese Academy of Sciences and Dean of the School of Biological Science, on the topic of "Research on TNF induced meronecrobiosis cell's mechanism", and research group led by Prof. Sun Shigang on "Research on electronic catalyzer surface's structural effects, designed synthesis and reaction mechanism".

Prof. Wang Zhonglin，a world-renowned nanotechnology scientist and also a foreign academician of Chinese Academy of Science and European Academy of Sciences, has won international scientific cooperative prize. Since 2006, Prof. Wang has found intensive cooperation relationship with State Key Laboratory for Physical Chemistry of solid surface (XMU) Both sides train talents together and work on international cooperative projects launched by Ministry of Science and Technology. In total, they have published 15 articles, including 1in Science and 1in Nature. Prof. Wang is also an international consultant of this laboratory, and has proposed constructive advices for the development of this laboratory. Prof. Wang's application for the cooperative prize listed Xiamen University as the first cooperation unit.