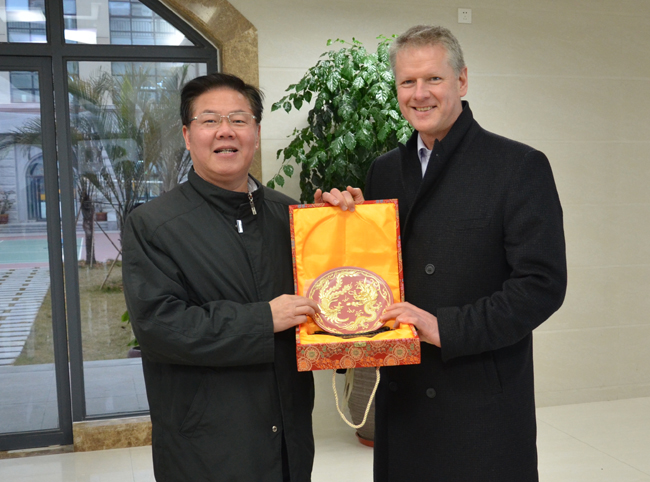 Lead by vice chancellor of Cardiff University, Prof. Colin Riordan, an academic group of 14 visited Xiamen University during March 10-11. It is the largest visiting group from a cooperative university that Xiamen University has welcomed at a single time. The Cardiff delegation included the Director of International Office Richard Cotton, and delegates from College of Engineering, Business, Dentist, Computer Science, Information, Mathematics, Physics, Architecture, and Chemistry. Colin Riordan attached much importance to the cooperation between the two universities, and it was his second visit to Xiamen University and the first one was in November 2013. 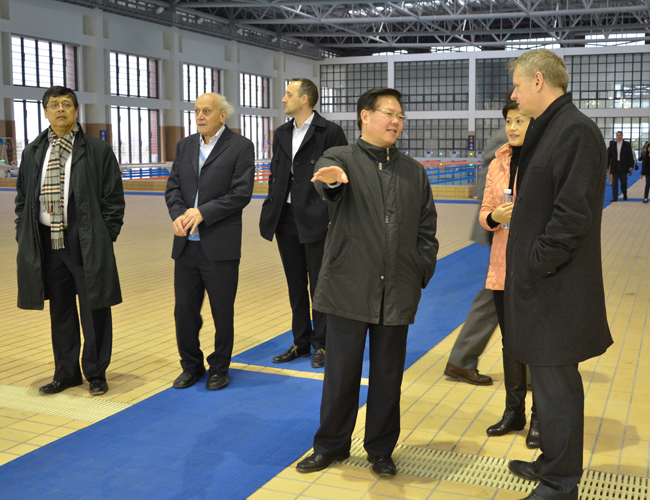 In the morning of March 10, the delegation visited Zhangzhou Campus and had cardinal conversations with President of Tan Kah-Kee College, Prof. Wang Ruifang and Chiefs of relative departments, and discussed the possibility of cooperation. In the afternoon, they visited Xiang'an Campus. Accompanied by President Zhu Chongshi and President Assistant Li Chuhuan, they visited cafeterias, library and swimming gymnasium of Xiang'an Campus, and had a meeting with College of Public Health. Also, they listened to introduction of Xiang'an Campus as well as Confucius College Southern Center. The delegation adored the beauty of Xiamen University, and the construction of Xiang’an Campus, hoping to send more exchange students to Xiamen University.

In the afternoon, President Zhu Chongshi had a one-hour private conversation with President Colin Riordan, and they agreed on promoting mutual cooperation, especially in scientific research, Cardiff will help Xiamen University in founding School of Dentist, and accept more Engineering visiting scholars from Xiamen University, and also they agree on promoting governmental and company cooperation in order to upgrading the creative ability of universities. 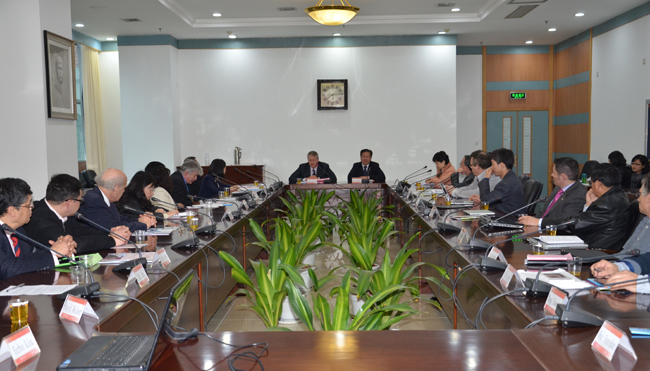 Having heard the reports of the eight teams, President Zhu Chongshi said, Cardiff University was one of the UK universities that we had the most intensive cooperation with. We have huge potential in mutual cooperation, and multiple cooperative projects can be carried out. He also mentioned three perspectives: first, establishing special funds, so as to deepen mutual cooperation; second, appointing commissioners for communication and scientific cooperation between the two universities, especially in PhD training; third, seeking supports from Xiamen municipal government in order to utilize the friendship between Xiamen and Cardiff, to further promote communication and cooperation in innovation and collaboration between enterprises, universities and research institutes.. President Riordan also expressed his willingness in promoting the mutual communication, and suggested that the scholars from both universities should work actively to gain funding from governments.

(Text by the Office of Internationl Cooperation and Exchange; Photo by Lai Weifang)